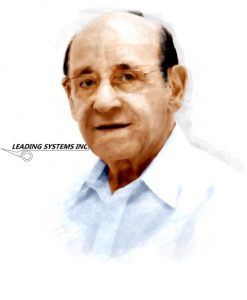 Abraham “Abe” Karem was born in Baghdad, Iraq and raised in Israel. His desire to become an engineer was apparent at the young age of 8. As a teen he explored the Israeli Aero Club and fell in love with aviation; discovering his calling to design aircraft. After graduating from the Israel Institute of Technology, Abe joined the Israeli Air Force in 1961 where his team’s mission was  quick-reaction modification of fighter aircraft. After 9 years of service, he began working at Israel Aircraft Industries as the Director of Preliminary Design, but would quickly venture out on his own. Destined for greater things despite facing many challenges with the Israeli government, Abe took a leap of faith in 1978 and moved to southern California. Building his own team and using his garage as a lab, Karem designed the Albatross, an unmanned airplane that would stay aloft for 56 hours! The Albatross laid the foundation for the Gnat-750 which would eventually become the MQ-1B Predator. Cited as one of the most demanded assets on the battlefield, the Predator has fundamentally changed warfare.