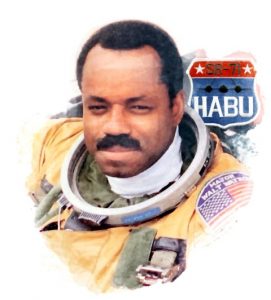 Col. Walter L. Watson, Jr., USAF (Retired) was born in Columbia, South Carolina. After graduating from C A Johnson High School, he attended Howard University in Washington, D.C earning a degree in Mechanical Engineering and a commissioning in the United States (US) Air Force as an Officer via the Reserve Officer Training Corps (ROTC) program. He entered the US Air Force as an avionics maintenance officer but was selected in 1973 for aviation training. His first assignment was as C-130E navigator in Southeast Asia (SEA) during the Vietnam War. During his SEA tour, he took part in the evacuation Saigon, South Vietnam and rescuing the USS Mayaguez. He later became a flight instructor, flight evaluator, and flight commander in tactical fighter and strategic reconnaissance squadrons that flew F-4C/D/E, F-111D, and SR-71 aircraft. Col Watson was the first and only African American to qualify as a crew member in the nation’s highest  and fastest flying operational jet aircraft, the SR-71 Blackbird. The SR-71 routinely operated at speeds in excess of Mach 3 (2,000 mph +) at altitudes above 85,000 feet in hostile airspace.